It seems that the current military war between Israel & Gaza got its digital version as we witnessed a several battle fields in the cyber space on Social Media .

Israel released a video recording assassination operation on Youtube . The target of the strike was Ahmed Said Khalil al-Jabari, the head of Hamas’ military wing. 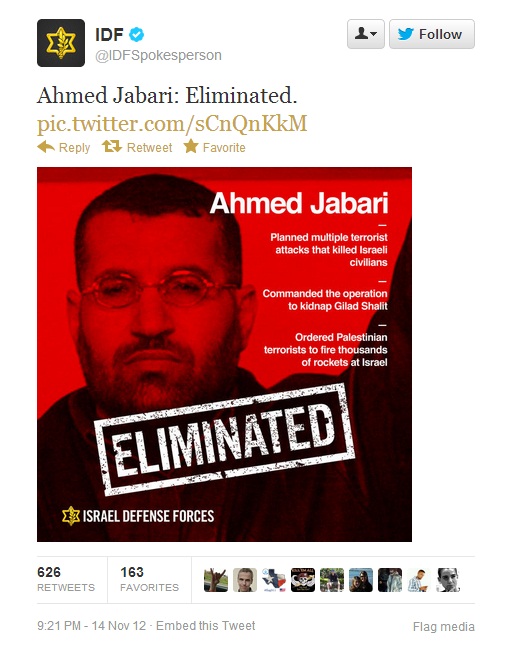 And They got this reply :

The modern war battlefield is not limited to Land , Sea & Air , but! a new battlefield exists , The cyber space is also highly considered and it step a head from traditional media channels , Twitter was chosen by the Israeli defense forces to communicate the message and speak with public opinion using Social Media .

Its pretty clear Social Media usage exceeded the brand competition and tracking the effectiveness of brand communication and/or, engagement …

Social Media now is used by armies to engage public and highlights power and military capabilities , even send threat messages and tactical psychological games to take advantages over enemies.

Wimpy Returns to Egypt to Regain Its Glorious Old Days

Wimpy Returns to Egypt to Regain Its Glorious Old Days