Israel; no longer ashamed to confess that it is closely watching the Arab world, by publishing publicly about specialized spying units, it exports cartoon figures to tempt youth. Recently, Israel increased its activities on Egyptian Social Media tools such as “facebook” and “twitter”, using characters like PM’s spokesperson “Ofir Gendelman” who uses the Arabic language and the occupation army spokesperson “Ofajay Adray” who grabbed attentions recently, although he isn’t that of an important person within the Israeli society. His main objective is to communicate with Arab youth, release news that attracts their attentions, through writing comments on football matches, congratulating Egyptians when they win and so on. He attracts youth towards Zionism purpose; those who aren’t aware enough, to have sympathy towards Israel, showing that Israel isn’t an enemy.

Journalists from key Israeli newspapers in which many Mossad officers works, as “Yedioth Ahronoth and Maariv” and many unidentified characters watching Egyptian youth, reach-out to and communicate with them to attract them to write in such newspapers about the Egyptian internal affairs. This is all natural to a country of many enemies from different directions. In an attempt to understand how such units ensure getting their job done successfully; serving Israeli interests and harm the Arab World as a whole and Egyptians in particular, we note:

First, we should all be aware that the internet world is a fertile soil for Israeli intelligence officers, practicing in their activities, fighting what would endanger Israel’s security; this gave social networks a competing track for Mossad recruiting spies, obtaining information after the Arab Spring revolutions. Since internet has the ability to cross boundaries between recruitment and victims, obtaining information through it became a new and important style in the modern spying world “Remote Recruitment and Control” that’s why Israel has announced during “Herzliya” annual conference that the government will start studying mechanisms to deal with such new security variable to detect opportunities and threats.

After the 25th of January; Israel’s ideology was to adopt following youth inside Egypt after its astonishment with the Egyptian youth ability to topple a 30 year old government, such step influenced the whole world and Israel in particular made wondered about unemployed, frustrated and ignorant Egyptian youth who spent wrestles hours on Social Networks showing such degree of awareness?! Immediately Israel started to provide work policies and plans within its intelligence organizations to focus on Egyptian youth and to closely monitor their new thoughts and directions following such historical revolution. Given such perspective it was necessary that Israeli military intelligence, radically change the shape and level of electronic spying department related to “Aman” so they cooperated with unit 8200, the main technological unite that secures the intelligence system. its duties is to  tap, monitor, control and carry-out functions of electronic intelligence; listening to radio broadcasts, telephone calls, faxes and e-mails  in the continents of Asia, Africa and Europe, and spying on Egyptian youth through social networking websites.

Actually, they succeeded in spying on one of the major mobile phone companies in Egypt by passing incoming international calls to Egypt through Israeli internet portals allowing Israeli security services to benefit the content of such calls.

Nevertheless, NASDAK unit a sub-unit of electronic intelligence Israeli unit 8200; not only monitors but also communicates with Arab Revolutionists generally and Egyptian Revolutionists particularly. It was established with the aim to track Arab youth technological development on Facebook, Twitter etc. so that Israeli intelligence won’t be isolated from thoughts of such youth. Through social networks they observe, thinking levels and abilities then they draft reports to be studied as separate cases and see whom they could benefit from… Depending on a number of recruits with the ability to plan at social engineering, other female are recruited; fluent in Arabic and have studied dealing psychologically with Arabs, they follow many methodologies the most famous of them was impersonate members of revolutionists and communicate as if they are inside the country tracking and communicating with social media users and fake romantic relationships with boys through girls across the unit to tempt youth.

Accordingly, we would like to raise Egyptian Youth’s awareness not to fall in such Israeli traps within “spying networks”. The goal is protecting Egypt and preserving its national security from aggressors. 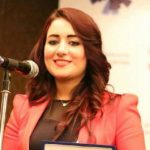 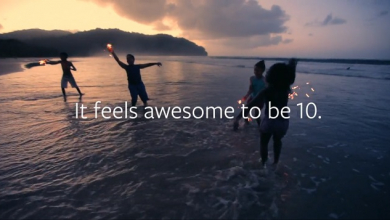