After almost a year of preparation, Google has finally released their new native Ad-blocker for Chrome, hopefully pushing advertisers to improve their ad standards and quality. Google chrome will now automatically filter and disable certain ads and websites that do not adhere to their new set of rules.

Users will not have to fear bad experiences again as websites with pop up ads (with no exit/close button in sight), full volume music when opening webpages, and etc.

The ad-blocker has been in the works for almost a year now, with sources speaking to The Wall Street Journal back in April 2017. The ad-blocker will be turned on by default for all Chrome users.

This is another step for Google, who aims to ensure a better online experience for their users, and to shift the ad industry from intrusive advertising to more subtle and relevant ads.

Google and fellow internet giant Facebook are members of the Coalition for Better Ads, an international industry group that has researched the different forms of web advertising that has annoyed internet users the most.

The group has complied a list of undesirable ads, listing 12 forms of online advertising that advertisers should avoid to provide consumers with the best online experience. Unsurprisingly, the biggest offenders are in mobile.

via Coalition for Better Ads

The ad-blocking system has been rolling out for a while now, and has already caught some offenders. According to Google’s Engineering Manager Chris Bentzel, “As of February 12, 42% of sites which were failing the Better Ads Standards have resolved their issues and are now passing. This is the outcome we are were hoping for — that sites would take steps to fix intrusive ads experiences themselves and benefit all web users.”

For users, when navigating through websites, the ad-blocker will first check on the website you are about to visit, checking if it is a part of a website that had been flagged as not following the Better Ads Standards. If it is, ads will be automatically blocked.

When this happens, this is how it will look like for users. 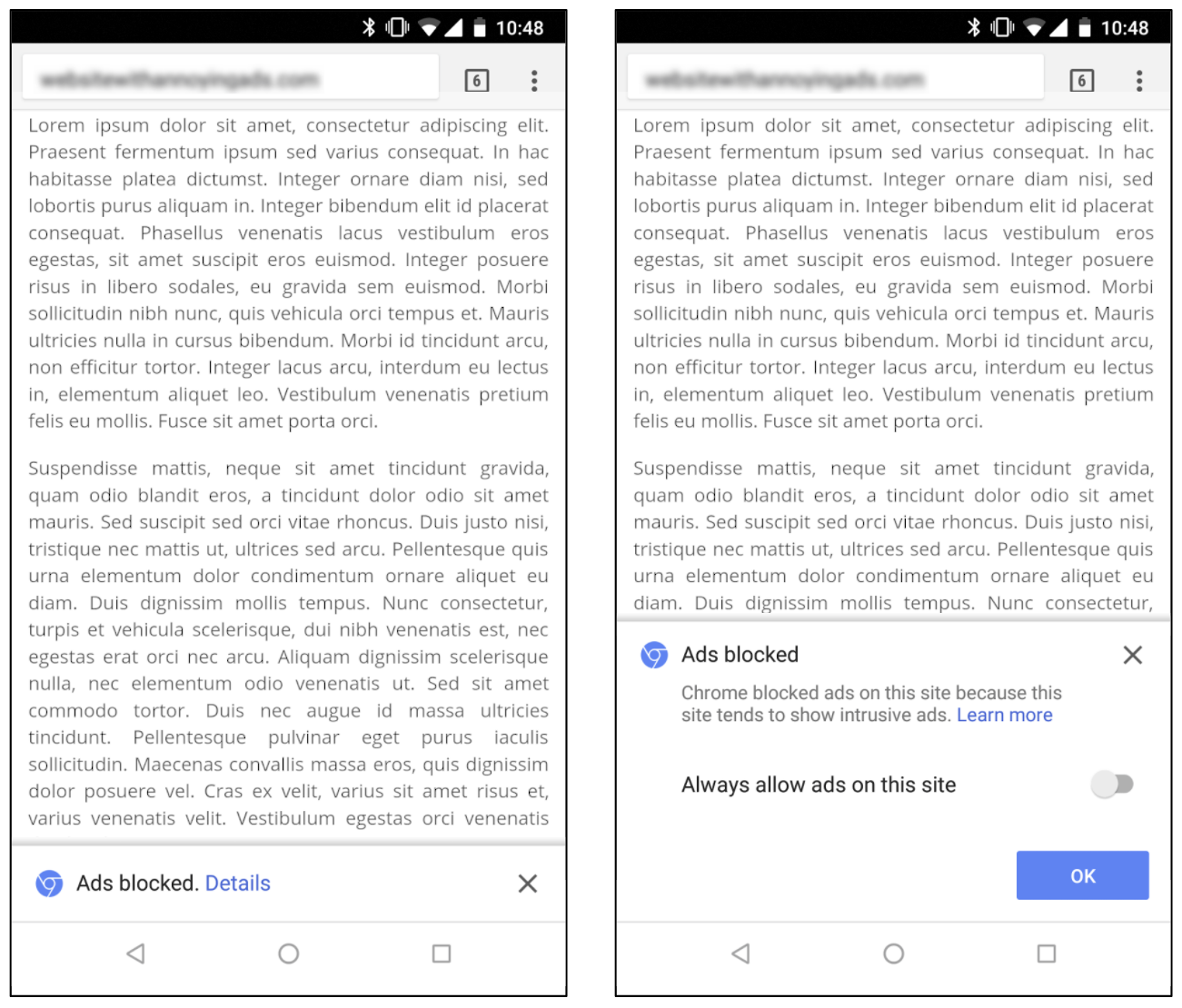 If you’re a website developer or website owner, you can visit Google’s Ad Experience Report to find out if you need to make some changes.

Otherwise, you may receive a 30-day warning from Google about your violations. Ads will not be stopped by default until 30 days after the warning has been issued, and there have been no changes.