A while ago I was about to write an article on how the #Facebook will die out soon and I had my strong reasons to support the argument; today, however, with the the new acquisition of watsapp I believe the same scenario I envisioned will still take place but with a bit of a twist.

Related Articles
Also Read: Facebook agreed to acquire WhatsApp for $16B
So here is what I thought would happen, I theorised that FB will eventually  phaseout due to what I will call “the law of low attractiveness of the Old age”. Simply when you age (as with facebook) one tends to lose power to attract new generations. Facebook will be come a dome of old geezers like myself and soon conversations will become less and less attractive to those who are younger who in turn are trying to formulate their own pages to discuss sudden topics that erupt and die out in a shot cycle of a month or two. For those who are skeptics please observe the new facebook pages that emerge following a sudden trend and then all people who  joined lose interest and just seize to interact. Observe (Ayamsoda page, Ahmed sheeba’s fanatic fanatics etc..)
Also Read: How Social Media is Taking Over the News Industry in Egypt
I hypothesized that gradually conversations will move to a more robust dynamically mellow interface where people can set a trend talk about it and when the interest is back to null then they wont have to worry about disliking a page or any of that. I saw the rise of #whatsapp and fall of Facebook.
What facebook lacks in dynamism, whatsapp had every merit to be the game changer the trend setter with lightening fast ability to mould itself and follow any trend, live throughout its cycle and die out beautifully as with any trend that takes place. Conversations would be intimate since one would join a conversation where nearly most people are somewhat related (friend of a friend) bringing more value to the discussion, and eliminating what can be seen in public groups as deaf talk that ends up in a long string of people trying to impose their opinion on each other and ending up in trash talks.
I have to be honest that the above would have been the opportunity for whatsapp and programs like it to offer. The reality was whatsapp was a direct conversation tool between people who shared phone numbers. It lacked that appeal to drive masses to open a discussion; a step which I believed was very close for peer to peer apps to breakthrough.
With this buyout Facebook guarantees its survival by maintaining two interfaces therefore increasing the probability of life longevity by another 50% . Should the normal facebook die out voila “Whatsbook” (A hybrid name I created). The deal is still fresh and no one knows what or how whatsapp will be integrated in Facebook; days will reveal that. 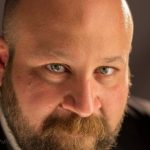 Crafting strategies with defined tactics to pursue and achieve the set objectives that exceeded client’s expectations, I have advised C-level executives across the board on business directions from communications perspective to the overall business and stakeholders benefit. With proven track record of meeting ends and objectives with tightest budgets, I have lead teams of professionals into achieving awe-inspiring campaigns mobilizing masses in unison. 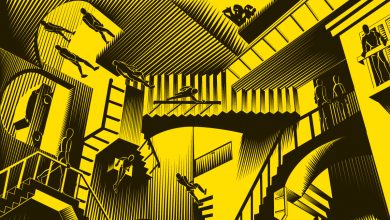 For New Managers: Here Are The Problems You Might…