eMarketing Egypt, Egypt’s leading company in e-marketing consulting and online competitive intelligence intend to release its 2014 and the fifth annual report about Facebook in Egypt: E-marketing insights, within a few weeks.

The  report shows that the number of Egypt’s Facebook users in 2014 grew with a rate of 40% in comparison to 2013 (same period), where the number of users recorded about 22.4 million users, that ranks Egypt the 14th largest country in terms of Facebook users globally and the first in the MENA (Middle East and North Africa) region.

This edition of the annual report included special section highlighting results of a recent survey of a representative sample of Facebook users in Egypt. One of the important findings is that about 35% of Facebook users had not, or rarely, clicked on any of the ads they seen. That relates to on the nature of this group of users and their usage patterns that had been detailed in the report.

“The main idea of this series of reports is to help providing an integrated view of internet users in Egypt through an extensive analysis of the largest social media in the world and in Egypt particularly”; said Ossama El-Badawy, eMarketing Egypt Online Competitive Intelligence consultant.

“The purpose of such a report is to support investors, e-marketing,  and digital media professionals with the latest demographics and preferences of Facebook users and their interaction with ads in order to support decision-making about strategies for online marketing on social networking”; added Ahmed Nagy, eMarketing Egypt managing director.

eMarketing Egypt is the first e-marketing company in the region that adds the art and science of competitive intelligence along to tools of online marketing in order to maximize the return for companies marketing investments through managing and conducting an integrated online marketing campaigns, the company provides services to more than 80 client in Egypt and the Gulf states and the European Union.

Your Client Asked You to Create A Campaign? Here’s What to Do First

Your Client Asked You to Create A Campaign? Here’s What to Do First 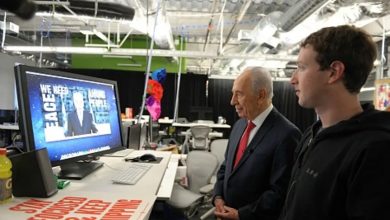