The fierce rivalry of Real Madrid and Barcelona, dubbed El Clásico, is one of the football world’s most anticipated matches. All over the world, people will be on the edge of their seats, anticipating nervously and tense. 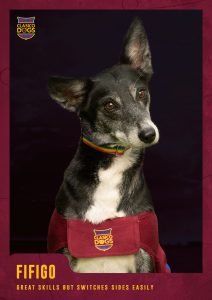 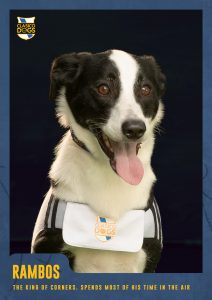 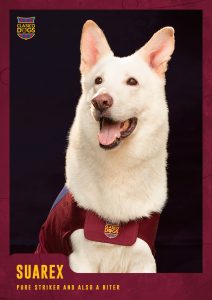 There are a lot of negative associations when it comes to stray/rescue/mixed breed animals, with stereotypes such as they can’t learn new tricks and they are aggressive due to past experiences. While internationally, rescuing an animal is something many people choose to do and are praised for it; we can see this in viral videos all over social media that center on a rescue pet’s journey from lonely to loved with family.

So, how does a rescue organization fight against local stereotypes?

By using their innate cuteness levels alongside their playful and energetic nature to grab the attention of a region full of football lovers by teaching older dogs how to play the game.

We can see several famous Clásico players such as Messy, Dognaldo and Suarex out in the field, feinting and catching ball after ball.

According to a press release, “To take the campaign to the next level, the social media handles of SNIFF: Facebook, Instagram and Twitter, will cover live all three upcoming Clásicos – the first one being on Wednesday February 6, with comments and highlights from the four-legged Clásico stars!”

The campaign was created to encourage Dubai citizens to show their support by offering to adopt, foster, sponsor or simply ‘like’ SNIFF’s social media pages to boost awareness of rescue animals and dispel stereotypes.

Jasmeen Bhirani, co-founder of SNIFF, stated that “At SNIFF, our mission is to actively promote the adoption of mix breed dogs by combining a body of services that assist the animals from the ground to a ‘forever home.’ It is important to educate in a fun way the responsibility of adoption verses buying pets.

We extend our appreciation and gratitude to TBWA\RAAD, a radical and innovative ad agency that has greatly helped SNIFF raise awareness on the importance of rehoming abandoned pets in the UAE, especially mix breed dogs and cats.”

Should you be rebranding? 7 signs that mean big changes need to happen