Do you remember a couple of months ago when our national team’s plane design was revealed and everyone on Social Media was disappointed because of the weird design and colors used? Well its happening again.

The Egyptian National Football Team’s bus design was released on Social Media by Presentation Sports and again, the people didn’t like the design and the non-relevant colors used. 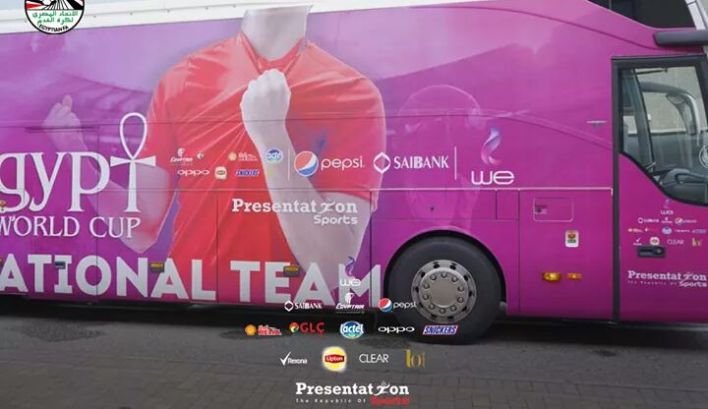 Egyptians feedback on Social Media primary concern was the design itself not to mention the color theme used which do not reflect any of the Egyptian flag identity.

The bus purple color which is far from Egypt’s flag colors urged people to post sarcastic tweets. And guess what? sarcasm is very serious thing to Egyptians.

A lesson in creativity, the German national team’s bus is inspired by Mercedes Benz’s slogan “the best or nothing” combined with the Mannschaft’s colors, the best team in the world. While in Egypt, the bus design is inspired by Always pads. #منتخب_الاولويز_الوطني pic.twitter.com/oA86MrwyLt

Egyptian jealous designers decided to voluntarily share their own thoughts, ideas and designs on Facebook and people are loving it, they’re even giving them advice and pointers to enhance it even further. They didn’t just complain or criticise it, they just started to share their own artistic vision.

Finally, we just wonder if someone will actually take action and change the original design? Will they give these young ambitious designers a chance to design it themselves?  We’ll find out soon.

The future doesn’t have to be dark; Elios launches futuristic marketing approach

If you love marketing you will want to see…