Esports may seem like a new thing to many of our readers, but deep into the large gaming scene that Egypt has cultivated, it is quickly growing into a lifestyle.

Esports, or Electronic Gaming Sports, is a worldwide phenomenon worth over 655USD million in 2017. The MENA region’s gaming community continues to grow as well, with organizations and tournaments popping up in several countries.

This growing community allows marketers to reach a more skeptical group of young men and women through fun and engaging events, interesting content and more.

Esports has been around for a very long time, with the furthest reports worldwide stating that the first tournaments started as soon as video games appeared, going as far back as the 1980s.

In Egypt, some older players state closer to 12 years, with some clearly remembering tournaments from 2009.

Esports is the organized sub-industry of the Video Game industry, where competition is intense.

Professional teams are taken to gaming houses, where they will sleep, eat and game with teammates. Recently in the tactical assault game, Counter Strike: Global Offensive (CS:GO), it is slowly becoming the norm for gaming organizations to consult psychologists to help keep players on track and steady.

Some gamers have made millions of dollars playing. 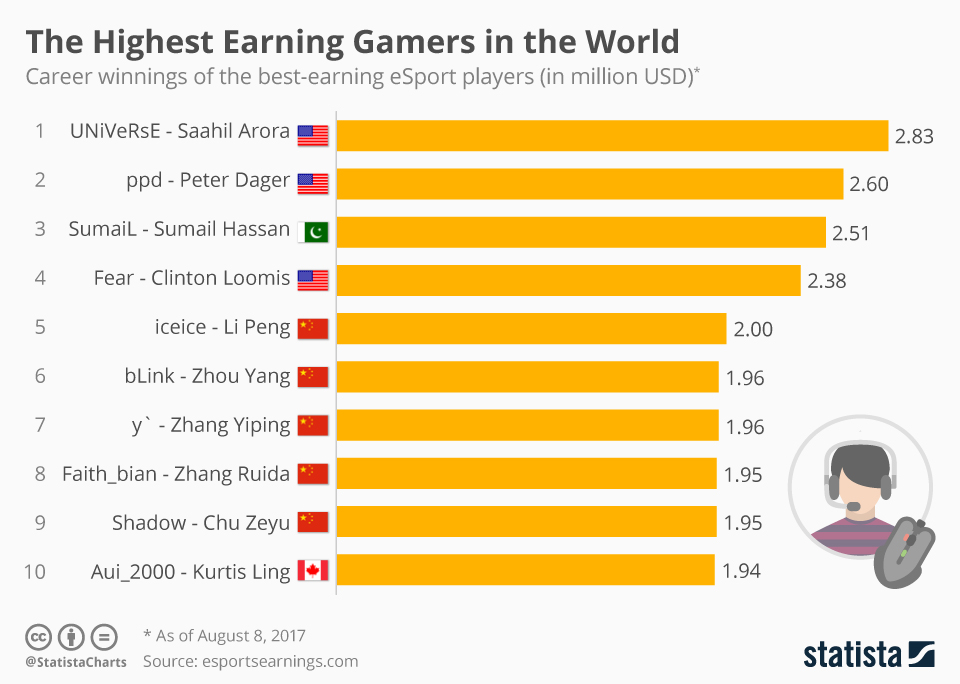 The Esports genres are numerous, but the most popular are team-based multi-player games from the first-person shooter or multiplayer online battle arena genres.

Esports tournaments are both played online and offline. Online, streams can reach over 100 million viewers while offline tournaments fill stadiums such as China’s Bird’s Nest and Staples Centre in Los Angeles. In 2014, South Korea, whose government officially supports Esports as a national sport, held one of the biggest offline tournaments which held over 45 thousand fans.

Most tournaments are organized very similarly to traditional sports. A player or team go through brackets, or are invited to special tournaments, casters hype up the crowd with commentary and crowd reactions are heard loud and clear.

You can read a bit more on Esports through major publishers such as CNN.

The region is a growing hub, but has nurtured a lot of passion.

According to Steam Spy in February, a Steam-backed statistic website (Steam is an online gaming platform that allows gamers to buy and keep digital versions of their games), Egypt’s total active users (not total) on the gaming platform is around 500 thousand.

This does not include major games, like Riot Gaming’s League of Legends and famed shooter Battlefield, who have their own gaming platforms. It also does not include console players, such as Playstation and Microsoft’s XBox.

Egypt has also participated internationally, competing at the 8th e-Sports World Championship in Jakarta, Indonesia in 2016. Three teams entered for the games of CS:GO, League of Legends and Hearthstone. However, due to bad organization, Egypt has been banned for 2 years in 2017 from competing.

The Egyptian Federation of Esports president Sherif Abdel-Baki stated that the regional Esports industry could be worth round 3.5 billion USD in future years. The Federation has backed several local tournaments, including the qualifiers for the 2016 World Championship.

How can marketers jump in?

Just like with major sports, there are several ways for brands to start working in Esports. Unlike major sports however, competition between brands is not as intense as of yet.

Brands of all kinds can get in the Esports action through various options.

There are a lot more options that marketers can look into depending on their product, service or brand. Not to mention that the community is expanding rapidly as gamers use online platforms to finally come together, rather than game apart.

The gaming community is looking for a lot more support from brands and in return are willing to invest in those brands that support their growing passion. And with mostly tech companies as supporters, various types of brands are still able to jump in and grab the attention and loyalty of local gamers.

In short, Esports in Egypt is a hidden gem for marketers that is rapidly growing.