The conference was attended by H.E. Eng. Gomaa Mubarak El Geneiby, AUE Ambassador in Cairo; H.E. Ahmad B. Al Muhairbi, Secretary General of DSCE, Vice Chairman of Executive Committee of EEA; Mr. Taher Diab, Strategy & Planning Senior Director of DSCE, Secretary General of EEA and Mr. Ali Al Suwaidi, Manager, Corporate Communications.  HE Ahmad B. Al Muhairbi threw light during the press conference on the importance of participating in the award that is organised by DSCE to promote a culture of excellence, sustainability and innovation in energy management and efficiency. It also aims to promote renewable energy use, sustainability of clean energy sources, conservation of energy consumption among societies, environment preservation and natural resources protection.

HE Al Muhairbi added in his presentation at the press conference that Egypt boasts wide experience and expertise in most of the energy fields as the country is well represented in international forums and events through the large group of innovators working in environment and energy areas.

HE Al Muhairbi expressed his confidence that EEA will see good Egyptian participation as usual. “We have seen significant interest from organisations and companies from the public and private sectors in Egypt in the award as they have a genuine desire to participate to promote the series of innovations and environmental solutions they have developed. These advancements being presented in the award will become key-part of the energy sector development in Egypt and the wider region in the near future,” he emphasised. 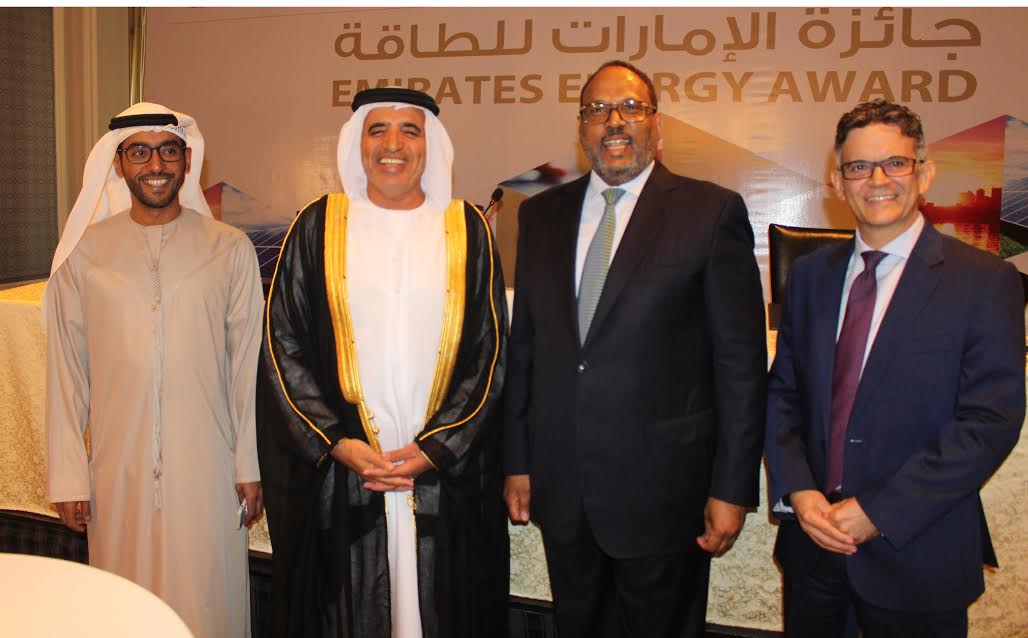 The press conference was attended by a large group of representatives of universities, institutes and research centres as well as officials in charge of environment-related and power generation projects in Egypt.

Emirates Energy Award (EEA) is set to highlight the best technologies, solutions and innovative equipment in the areas of energy conservation and optimal use of resources.  It also features ideal ways to generate renewable energy in order to reach sustainable development, environment and resources preservation for generations to come. Starting from these goals DSCE seeks to attract the largest possible number of innovations from countries that adopt the same goals and visions.

Choosing Egypt to run this outreach campaign stems from the country’s strive to explore alternative energy solutions to achieve economic growth and reduce dependence on traditional energy production sources. This quest is reflected in many of the major projects developed in Egypt. 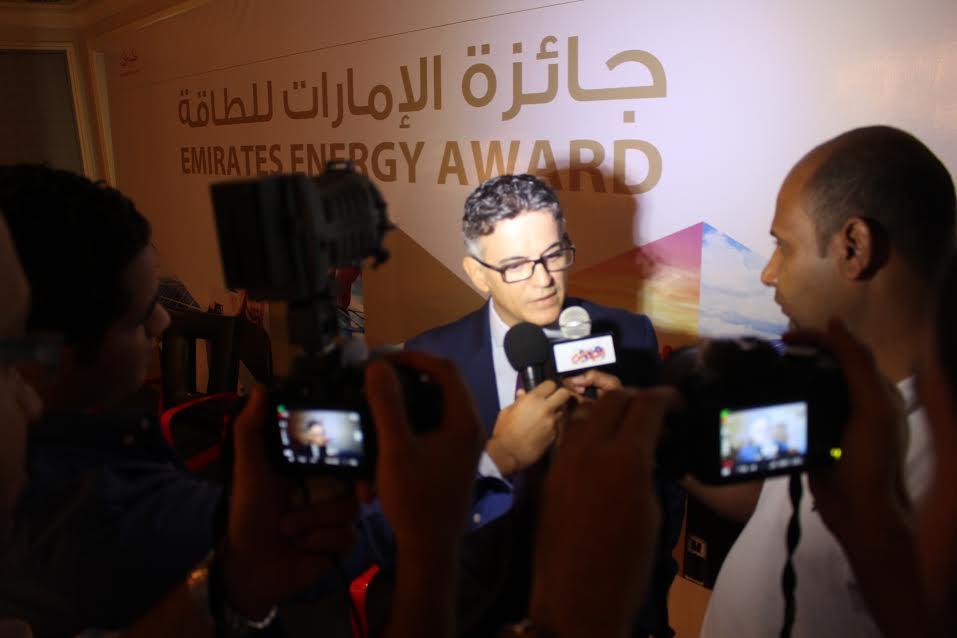 Egypt is one of the first countries which began generating renewable energy in 1912, when the Egyptian government opened its first plant to generate solar energy in Maadi in Cairo with a capacity of 45 kilowatts. Since that old time, Egypt has set up many solar power plants in different places including the desert that enjoys abundance of sun light during all times of the year. There are various ways of generating clean energy in Egypt like Aswan Dam, which began generating clean energy using waterfalls early sixties of the last century. The successive governments have opened a number of significant projects such as Zafarana Wind Farm for generating electricity from wind power in Zafarana area about 120 km south of Suez. Since 1999, those windmills turbines run 700 rotate to produce a total capacity of 550 megawatt. In theory, they cover the needs of more than one million Egyptian citizens. Egypt has also pipelined many renewable energy projects close to Siwa Oasis in Western Desert as it will construct numerous wind farms in different parts of the Red Sea coast.