Using mobile phones while driving is a traffic violation. Whether you are making calls, texting, or using any apps, including posting on social media.

You can be caught by sophisticated cameras. But now, a new way of being found out has emerged. Dubai Police have spotted people live on Instagram stories while they are driving, and jumped into the live chat to let the people know that they will be faced with a fine!

Brigadier Saif Muhair Al Mazrouei, Director of the General Department of Traffic at Dubai Police, has confirmed the truth of the incident in pictures posted on social media sites regarding a fine issued to a person who was using his Snapchat while driving his vehicle on Sheikh Zayed Road.

The driver was talking with others when he suddenly received a message from Dubai Police on his Instagram that a traffic fine was issued to him for using a mobile phone while driving. Dubai Police issued a LIVE fine on this driver’s Instagram video while he is driving.

But it wasn’t just the police, HH Sheikh Hamdan Bin Rashid Al Maktoum also engaged to notify and a traffic violation was being committed. 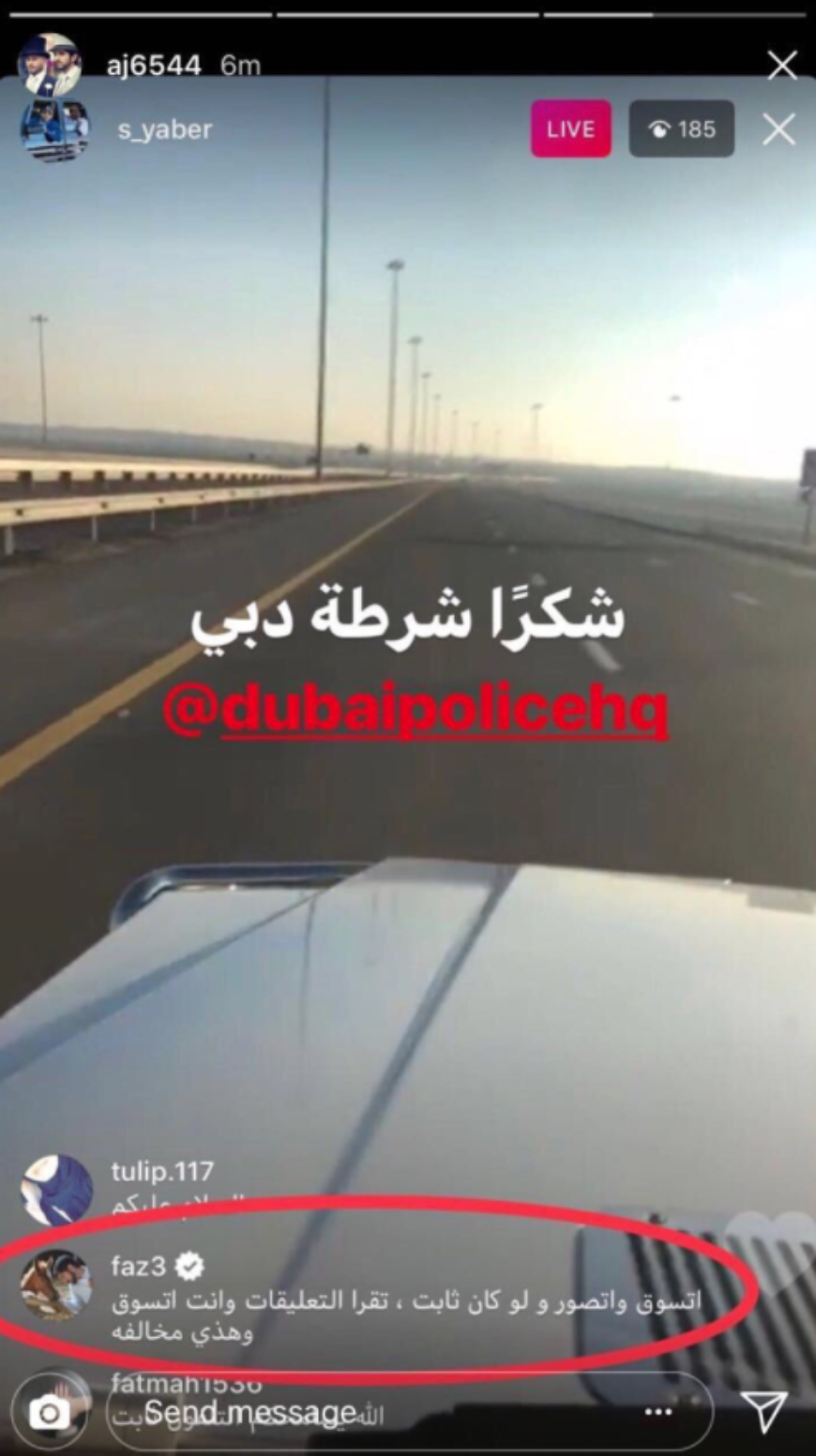 Brigadier Saif Muhair Al Mazroui, director of Traffic Department in Dubai Police, told Gulf News that the Arabic driver was on Shaikh Zayed Road on Friday, and went live on his Instagram account while driving.

Other road users noticed him recording live on the road and called 901 to inform Dubai police.

“We received some calls about a man driving on Shaikh Zayed road on Monday afternoon while recording on Instagram. We checked his account and saw the live video and register a traffic offence,” Brigadier Al Mazroui said.

“Drivers can’t being distracted by their phones when driving on highways. We want people to be aware of such mistakes by drivers on our roads. Anyone can call Dubai Police to alert about any traffic mistakes done by other drivers and we check before issuing traffic fine,” Brigadier Al Mazroui added.

Earlier, Dubai Traffic received calls from several people on 901 that a person was Snapchatting pictures on a public road. One of them gave the police the Snapchatter’s Instagram Live account through which the police discovered that the incident was true.