DHL Express, held a press conference in Cheshire, England, to announce its new Middle East and North Africa exclusive partnership for globally renowned English premiership and Egyptian National player Mohamed Salah to be its ambassador for the region. The conference addressed a number of important issues in the partnership related to the dissemination of the positive community values ​​that DHL believes and supports in the Middle East and North Africa.

The partnership was announced as a collaboration with DHL Express for the regional territory of MENA. Regional media personnel and journalists attended the event of the signing ceremony with a high-level delegation from DHL Express, including the CEO of the company in Middle East and North Africa, Nour Suliman. 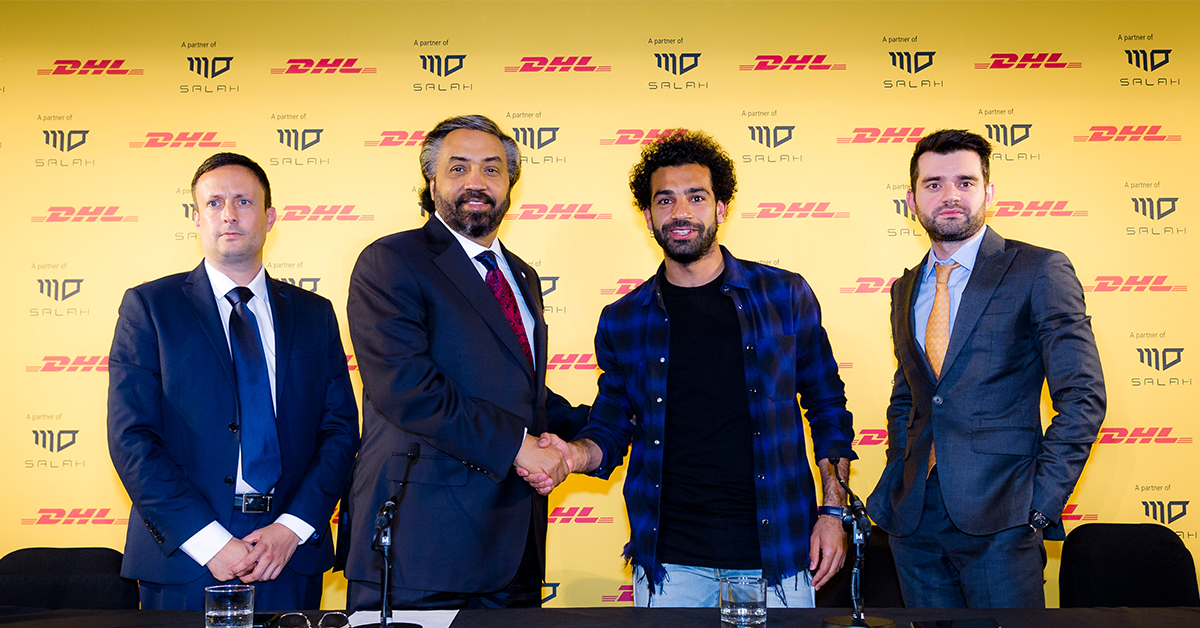 During the conference, DHL announced the goals behind the cooperation with the football star, noting that Salah’s outstanding leadership qualities as well as his philanthropic effort in Egypt match the core values ​​of the company. These values ​​emphasize the speed and accuracy of execution, as one of the most important factors that must be met in the implementation of logistics operations provided by the company. It places emphasis on the importance of the value of teamwork, and innovation in providing various solutions.

Following the signing of the partnership agreement, CEO of DHL in the Middle East and North Africa, Nour Suliman, expressed his pride in collaborating with Mohamed Salah, and lauded his cooperative spirit and great personality that inspires many people around the globe.

“Our partnership with Mohamed Salah is unique and different from any other partnership, because It is the first time we contract with a player individually. Before signing Salah as a football player, we considered his attributes as a human being who works on himself to develop and improve his performance to prove to all that success does not come to hard work, which led to one of the most successful seasons in the Premier League.” Suliman elaborated.

Suliman added that Mohamed Salah puts dedication and sincerity in any work he does and is constantly working to develop himself, because he knows well what it means to work positively within a team. DHL also perceives Salah as a figure that resembles the brand in many ways as Suliman stressed.

DHL is a global brand that is keen to grow its investments in the Middle East by constantly expanding its transport and service network in the past six years since its existence in the region. DHL now has approximately 1,800 vehicles in its fleet and approximately 10 aircrafts, in the MENA region only. These fleets are launched from more than 200 points for the distribution of services in more than 17 countries and regions to serve about 80,000 people. DHL has also received 22 international certificates accredited by the Transported Asset Protection Association (TAPA).