Molto has inspired and awed us by its exceptional feedback achieved through its campaign of the new Chocolate and date pate launch back in April, 2016.

The outstanding creativity and targeting of the Egyptian minds was totally out of this world (in a different place). They astounded and delighted their fans in the way they delivered their message and humor.

Marketing isn’t advertising and Social Media is not about technology. Today, there are more than 1.71 billion monthly active users around the world on Facebook, which urges most of the successful brands to seek engagement, brand awareness or listening to customers’ feedback, to enhance and create a better customer experience.

It’s always a great chance to look at some companies doing fantastic work on social media, and trying to derive inspiration from their success.

Insightful marketing ideas are immensely attractive to Brands and Marketers around the world. The Egyptian audience reacts more to campaigns, which show complete understanding of the culture that uses sufficient information from the daily Egyptian life.

The campaign’s main objective was to create a buzz around the new launch. The digital media campaign has done more than this, reaching outstanding results and digital ROI especially in terms of community response & feedback.

Molto wanted to let fans anticipate what’s going to happen. The teasing phase was designed to generate engagement through intriguing content ideas that are related to the main idea of the campaign.

The teasing campaign has witnessed remarkable success as the content wasn’t all promoted, yet, all the posts achieved high engagement rates, reaching immense numbers of unique users.

Open-ended questions are the most challenging call-for-action type, as they do not guarantee a response. However the questions were highly relevant to the community and hence very encouraging, thus the results were positive and the teaser posts reached their objective.

The anticipating fans and the generated engagement set the ground for the big unveiling. The brand replied to all the correspondences on the teaser posts, therefore, fans were all excited about the videos and highly encouraged to interact with them.

Molto was very responsive during the campaign, which encouraged more engagement from the community’s side, to the extent that some conversations kept going for several days between the brand and its fans.

Brands usually fear and even hide opposing ideas to their content, but what if these opposing ideas – if used right – could be turned into a remarkable brand engagement?
The fast response on the fan-page was extended to include opposing ideas as well! Sarcasm is the best way, only if it’s used wisely.

When your fans really like your work, they will not just click like and share, they will even contribute and give you more ideas to enhance your business, and that’s what Molto has managed to create.

Integrating the TV ads’ concepts with a new and creative social media content is one of the main challenges in creating an online buzz for a 360 degree launching campaign.

After the campaign videos were all published, the brand has kept the interaction curve going through campaign-related digital content. The content was considered as interesting by the community, not only because it’s built on the success of the main campaign, but also because it’s customized to the community’s interests and culture.

The created content has helped the brand deliver the concept in a more relevant way through presenting Egyptian characters. The brand has come closer to its audiences’ culture – in other words – the brand spoke their language, the thing that encouraged them to generate additional ideas on their own.

The page has gotten the highest numbers of reach in the middle of the campaign after the offline sampling campaign posts were shared in parallel to the campaign’s main content (videos & teasers).

Here are the key lessons:
➤ Do not copy content prepared for TV and paste it on Social Media.
➤ Always get your fans engaged and reply to every single comment, even negative ones.
➤ Social media can be a source for that kind of organic data that will not be found in traditional marketing researches.
➤Listening to your community today will be the key to successful content messages in the future.

Icon Creations is one of the leading Marketing, advertising and Digital media agencies in Egypt for the last few years.

As it was founded back in 2004, their services range from internet, marketing and advertising to meet their client’s short and long-term goals.

They thrive to provide unrivaled creative concepts and personalized attention as it was shown with Molto Egypt.

Starting from the way they chose their creative strategy all the way to executing it. As well as, in handling the comments and feedback of their audience, in a very friendly and humorous demeanor yet professional.

This way of communicating was very effective in hooking the audience in for more. 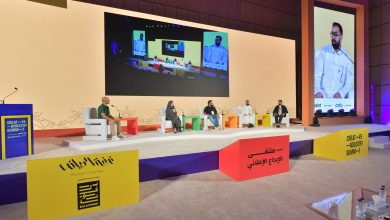