Founded in 2009, the Creative Industry Summit has become a veteran event. Through its 5 years, it has hosted numerous international and domestic speakers and panelists, all in the name of discussing important developments in various fields of creativity and technology.

For the first time ever, The WORX is making the annual celebration of creativity regional. If you watch our Instagram updates, you’ll have already known that during the first day of this year’s event, they announced that this year’s 2nd 2019 summit will be held in Beirut in partnership with Beirut’s TreeAd and Roofwrite.

In a statement, co-founder of the CIS Mai Salama stated, “starting this year, the two editions of the summit will be held in Cairo and in Lebanon. This comes within the framework of our desire to share experiences in the creative field among the Arab countries… [The summit is] a home grown brand and product, and we are very pleased to take it to Lebanon and share the Egyptian born creativity abroad with the rest of the Arab world. We are very proud to be expanding our brand and we are looking forward to [the] upcoming edition.”

The Lebanon edition will be entirely focused on advertising, marketing and media, and has been announced to launch early October. As the summit’s first ever venture outside of Egypt, it’ll be exciting to see what the WORX team can cook up in Beirut.

This year had quite the agenda, as the two-day summit evolved into a multiple track event.

Day 1’s agenda leaned mostly on the challenges we face and how several speakers were able to overcome them. We saw former NBA Star John Salley give the first keynote of the day on global creativity on the main stage while Author Zak Dychtwald gave an interactive discussion on what China’s rise in innovation means for MENA.

Read More of Zak’s views > Should MENA be looking into China’s youth for the future? Zak Dychtwald talks Young China

Chaker Khazaal spoke about how creativity was reshaping refugees with Mai on the main stage, followed by Facebook’s Creative Shop’s Weera Saad, who gave a beautiful and riveting talk about creativity, the brain and explained how to “pitch, play and plunge” for better content and marketing.

She also joined the “Successful Women Rocking the Creative Industries” panel, alongside powerful industry women such as Lamia Kamel of CCPlus and the first female Executive Creative Director in Egypt, Meryl Afifi. 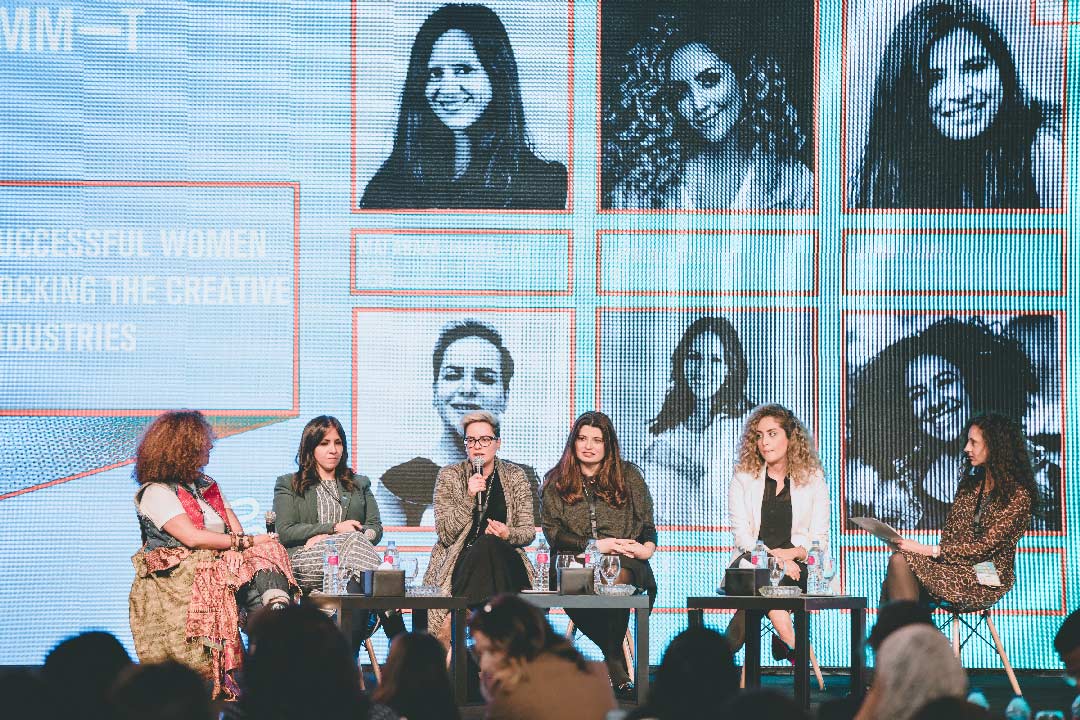 Navjeet Chhina and John Salley took to the Ecommerce and Technology stage to discuss how AR can tie into the core of businesses, while a panel consisting of VISA, Gourmet Egypt, Synapse Analytics and Himangel heads talked about the challenges facing the e-commerce sector here in Egypt.

We spoke to Navjeet right before his talk, read more on his thoughts > Augmented Reality and Business: Can SMEs join in?

Day 2 saw Mohamad Ramadan emerge on stage, shaking his stereotypes. Rather than giving a prepared talk, the actor switched gears and told the audience that he would answer any questions they have for the entirety of his stage time. Many members of the audience commented on how well-spoken the actor was as he explained how his current music career is all centered-on characters he conveys with each song, why he feels the need to talk about him being #1 and more.

Right before he took to the stage, we heard an in-depth talk on TV formats and a case study on regional cooking gameshow Crazy Market by Green Production’s Dina Hashem. Hashem’s talk was one of this year’s highlights as she delved deep into how to correctly use formats and how she and her team created one of the most exciting cooking gameshows in the region.

CIS’s 2nd day held the Food Innovation track for the very first time, starting with Zooba’s talk on taking a local restaurant brand global. Not many noticed, but the inaugural track only featured local stories and speakers, making it one of the most targeted and niche events yet.

Creative Industry Summit 2019 ended with an interesting panel, “Behind Esports, its rise and what it can do for brands.”

The panel brought all of Egypt’s Esports organizations onto one stage alongside one of Egypt’s leading players for Dota2 to explain why and how brands can work with this local growing industry.

Want to know more? Check out our report > What marketers need to know about Esports in Egypt

If you want to see more about how this year’s Creative Industry Summit went, check out our Instagram highlights.

Events and Awards
3 weeks ago

4 Ways to Stay Ahead in Retail 2019: incorporating online and offline