Emerging markets are just that, emerging and constantly growing. They are growing forces of economic power that are still evolving and still innovating. While established markets are looking for reasons on who to blame for stagnant growth, developing markets continue to build upon success and failures with stubbornness.

Although the MENA private banking industry may not be as dynamic and exciting as Asia’s emerging market, we still have a lot of strength in the world of numbers.

On a press release, Joseph D. Giarraputo, publisher and editorial director of Global Finance stated “The world’s best banks are forces of continuity even as they adapt to rapidly changing regulatory and market conditions. Our awards identify those that can straddle the line between innovation and stability to deliver top-quality financial service to clients facing rapid transformation themselves.”

Founded in 1987, Global Finance Magazine has been a strong voice in the international banking world for many years, publishing both offline and online.

The award was distributed at a special ceremony in Bali, Indonesia during the IMF/World Bank annual meetings.

Local Banks on the International Stage

Even with the economic difficulties and serious challenges banks have faced this past few years, both locally and internationally, this award shows us that local banks can compete on a global scale. CIB’s is evidence not only of the bank’s capabilities but also of Egypt’s recent economic growth and wealth of opportunities.

It is worth it to note that CIB has been positioning itself as “a local bank with global standards.”

“Winning recognition as the top bank in global emerging markets for the second year in a row is a clear testament to the exceptional caliber of professionals within the Egyptian banking community. It proves that Egyptian institutions can compete on a global scale…

Our staff’s dedication and relentless effort have enabled us to implement the highest global standards to support our clients’ growth strategies across various industries which in turn contribute to Egypt’s economic development. Our staff has been successful in creating value for all of our stakeholders by leveraging our adaptability, harnessing the power of technology, and perpetuating an environment of innovation throughout the Bank.”

According to GFM’s article on the awards,

CIB was also named as Global Finance’s Best Bank in Egypt of 2018.

Controversial Toyota Fortuner Ad: is it sexist or gender positioning? 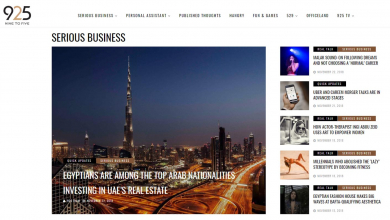