Misr El-Kheir’s (MEK) focus on community has always been an integral part of their mission in helping everyday Egyptians. With public education already known to be insufficient (with effects of the Ministry’s new system yet to be fully seen), there is also a large gap in students getting to school.

According to a source within the Ministry of Education in 2017, around 55,000 children have dropped out of school, even though education is free, because of poverty and other factors.

MEK’s community school campaign has been fighting to help students fill classrooms and learn despite any circumstances. The NGO has already helped establish and support 1000­+ community schools in areas such as Aswan, Fayoum, Sohag and Assuit.

As part of their pre-university education initiative, MEK has been getting creative with finding ways to get donations, including letting children be more proactive in the process.

The fight for the community’s education

The campaign does have, what is quickly becoming a classic tactic, influencers on social media supporting the foundation and the initiative. Influencers such as Dyna Mowafy, Yara Naaom, Gina Adel and Nada Hussam were involved in hyping the campaign and receiving donations.

On the other hand, many news and show anchors joined the campaign as well. Supporting it in their own way such Essaad Younis, who did a special radio episode about the products. TV anchor Mona El-Shazly, a MEK education ambassador, decided to shoot an ad with children from the community schools while they were drawing, to draw attention to the campaign.

The campaign was also able to use e-commerce as a way to successfully gain donations from shoppers.

Using resources already readily available, and encouraging children to create more, the NGO was able to monetize children’s drawings as a way to help fund their education by printing them on different mediums to be sold both online and offline.

This let the children be proactive in the campaign as well as for their own fight to become educated. 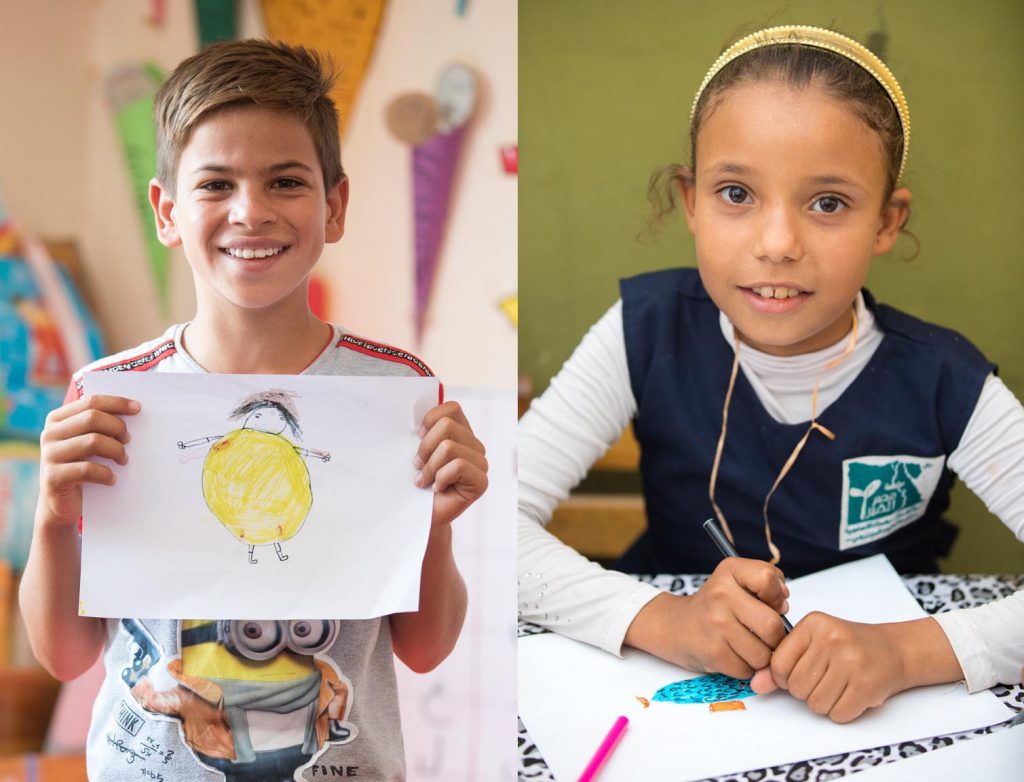 Their drawings are available on mugs, t-shirts and notebooks, and can be found on Misr El- Kheir stores and website. Half of the proceeds will go into supporting the initiative and help students find their way to school.

Misr El-Kheir’s campaign for the initiative is coming to a close, but it looks like the custom children’s drawing items are still in stock. Whether they will be there for a while or not will be seen, so grab one as soon as you can and help a child get their education.