International Women’s Day is all about celebrating women for their courage, strength, ferocity, compassion and achievements.

Here are 5 examples of brands that celebrated March 8.

Avon not only released their international music video from Swedish electro-pop female duo Icona Pop, representing the brand’s global #StandforHer campaign for International Women’s Day, but also created an event for some of Egypt’s most inspirational women.

Avon Egypt hosted Egyptian women who were able to break stereotypes, boundaries, and break into male dominated fields. One of their guests was Egypt’s first ever female bodyguard Hind Wajih.

We couldn’t just choose one Airline this year. All three major airlines were moved this year, creating successful flights led by an all-female crew. 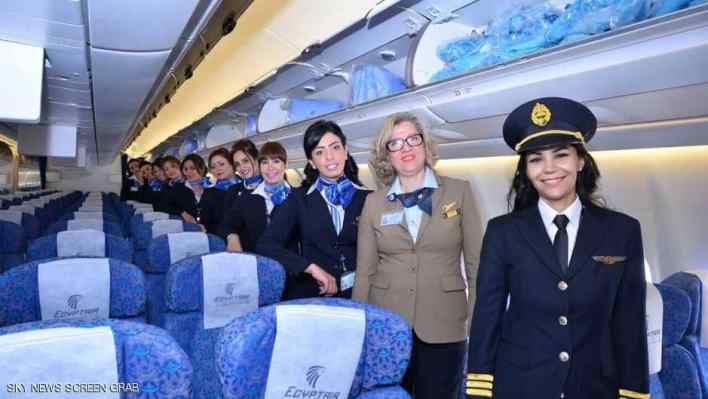 Emirates Airlines also prepared their own female led flight, the plane was nicknamed the “Superwomen” airbus. It should be noted that many commenters have commented that the 3 heads of the operation were foreign women, not including any mention of Emirati women.

Rideshare apps have always been filled with mainly male drivers, but Careem wants to try and change that.

With their #SheDrivesChange campaign, Careem states that they are committed to employ 20,000 female drivers by 2020, to empower women across the region.

The campaign aims to change mindsets, stereotypes and create equal opportunity for women in the region.

Using the cuteness of children, Vodafone’s global ad for International Women’s Day has young children questioning female stereotypes, not understanding why they were created, the ad starting with “Big change can start from little questions.”

Jude Benhalim, a Cairo-based jewelry and handbag design house, broke out in red for this year’s Women’s day.

The design hour recreated their current collection in red, as well as collaborating with Egyptian NGO Banati Foundation (Abnaa El Ghad) to support young girls on the streets of Egypt. 15% of the proceeds for the recreated collection will go to the foundation.

1 – Celebrating special holidays bring both female staff and consumers together, with both gaining more respect for the brand through its appreciation.

2 – Brands can promote conversation, awareness and encourage engagement from both active and nonactive fans.

3 – Show your brand’s compassionate and forward-thinking side through encouraging and appreciating women who take control of their lives and are breaking barriers for other women.

If you love marketing you will want to see…