Bey2ollak celebrated its 5th anniversary by announcing its expansion to the Saudi Arabia market and a partnership with Uber. The company held a prestigious event in Pyramids Heights in Cairo hosting their fans, partners, top Users and their employees. The event theme revolved around the journey of Bey2ollak as a start-up to one of the leading user-led applications in the country.

The event began with a leading speech by Gamal Sadek one of the co-founders of Bey2ollak explaining the evolution of the mobile application since 10/10/2010 with its limited features to the current version with newly added features that helps in enhancing the quality of the application. 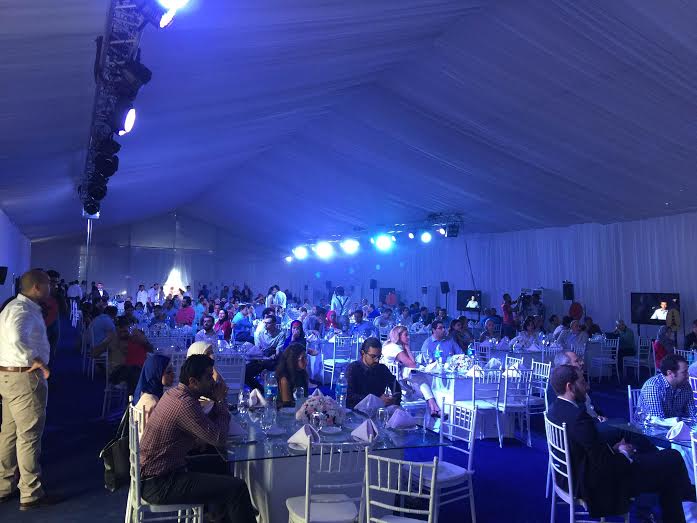 The event further celebrated the announcement of Bey2ollak expansion in the region and its intention to continue the expansion to the Middle East and Africa. The company announced the launch date of their first version in the Saudi Market by November 2015.  “We are enthusiastic to take Bey2ollak to the Saudi market, named Why Traffic. We are eager to pursue expansion as the application is unique and can impact the quality of life for people living in high-traffic cities’’, stated Aly Rafea one of the co-founders of the app.

The event was concluded with a round of appreciation for the top 10 users of the application, employees, advisors, partners & sponsors of the start-up since its launch in 2010. The company aims to develop further partnerships in the future to continue developing new innovations to the application, and ensure that Egyptians can depend on Bey2ollak for any traffic-related information in the future.

Bey2ollak is a Cross Platform Mobile application for people to exchange info about traffic that uses the power of crowd-sourcing, social interaction, localization and above all simplicity with the vision of providing our users with the ideal road companion app on their everyday journey!

Bey2ollak is an “award winning” Egyptian start-up (winners of the “NexGen” and the “Start with Google” Competitions). It was launched virally on 10/10/10 and received more than 5,000 registered users on the 1st day. Vodafone Egypt is the current VAS (Value Added Services) partner. The applications currently have more than 1 million registered users and is available on all major mobile platforms.

Twitter announced plans to lay off 8% of its workforce