It all started with a YouTube homemade comic video called the B+ show on 8th of March 2011 that criticized the political scene in Egypt after the January 25th revolution in a sarcastic manner and which surpassed 15 million views on YouTube in a very short time. This was the start of Bassem Youssef’s TV career, a heart surgeon who found his passion outside the operating room and in front of the cameras.

Bassem Youssef started his program “El Bernameg” on ONTV network during Ramadan 2011 which soon became one of the biggest and most famous TV shows in Egypt that Egyptians eagerly await every week to have good yet bitter laugh on Youssef’s satirical coverage of the political scene in our country.

Bassem Youssef was able with his great sense of humor and intelligence to break all the rules and present a new type of comic TV show (satirical news program) that Egyptians and Arabs were never exposed to before. This quickly transformed him from a talented amateur to a professional TV host who is now known as the Jon Stewart of the Middle East.

Recently, Bassem Youssef has started a funny yet aggressive war against the Muslim Brotherhood and President Morsi in his show . This has resulted in several lawsuits filed against him in Egyptian courts, and Youssef was presented in front of the Egyptian Public Prosecutor on March 30th, 2013, as an arrest warrant was issued for him for allegedly insulting Islam and President Morsi.

Ironically enough such charges did not drive people away from Youssef but on the contrary added to his popularity. Youssef was interviewed by Christiane Amanpour on CNN on April 1st , 2013, where he spoke to Amanpour about the charges he is facing (insulting the Egyptian President and the Islamic religion).

Bassem Youssef started to get huge buzz from all over the world from people supporting and opposing his opinion , but one of the most remarkable yet funny feedbacks was a tweet from the US Embassy in Cairo twitter account which was simply podcasting Jon Stewart recent show in which he spoke about Bassem Youssef and the charges against him .

We agree with Bassem Youssef that it’s all about facts and numbers at the end, so we did our homework to provide you with the statistical figures and facts regarding the buzz around Bassem Youssef both before and after the lawsuit to illustrate how such events can affect not only Bassem Youssef’s social media profiles, but the total social media scene in Egypt in no time.

Bassem Youssef is the man of the hour … Agree or not … That’s yours to tell!! 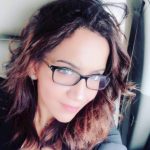 Experienced Research Analyst with proven track record in executing and delivering insightful recommendations and analysis for clients across a range of industries.