Avon Egypt announced their Beauty for Purpose ambassadors for Egypt: the Pink Warriors, Egypt’s first American female football team and makeup artist Diana Richy. Avon’s Beauty for Purpose initiative is sparking imaginations and starting conversations all around the world that inspire women and move each other to action. The objective is to build a shared community of leaders, entrepreneurs, activists and influencers to advance the causes that lead to a better world for women.

“Beauty is more than the perfect shade of lipstick. It’s the confidence to sit up straighter, speak louder, make your voice heard and affect change,” said Mohamed Farouk, Avon’s General Manager for Saudi and Egypt. “Such beauty, from the inside out, is at the heart of Avon—both as a brand and as the largest network of women around the world who embody that message. We look forward to working with the Pink Warriors and Diana Richey as we help reinforce those messages in Egypt.”

As Egypt’s first Egyptian female football team, the Pink Warriors embody the spirit of Beauty for Purpose, helping empower Egyptian women and inspire confidence. The team’s spirit of commitment and passion for a sport unconventional for females in the Middle East were among the reasons Avon Egypt hand-picked them as beauty ambassadors. 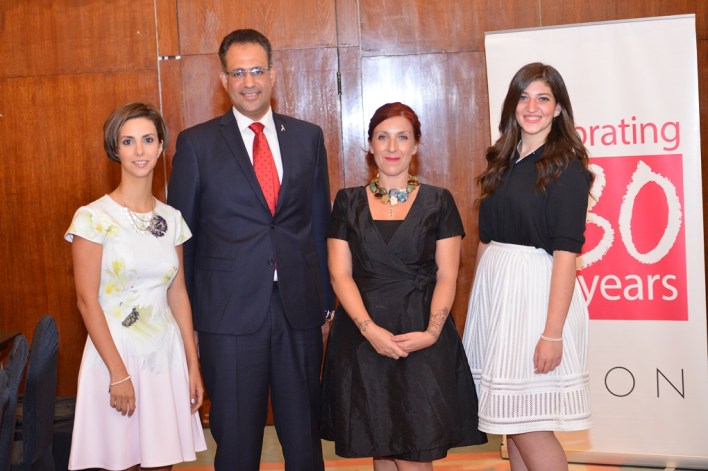 “As female athletes, we recognize the sense of empowerment, strength and belonging we’ve fostered as a team,” said Sarah Sharbassy, Pink Warriors’ defense captain. “Through our partnership with Avon, we hope to inspire the same sense of comradery, support and fierce femininity among Egyptian females and women all over the world.”
Rising star Diana Richy was selected as Avon Egypt’s ambassador for her passion and dedication to her profession as a professional makeup artist. Her commitment to refining her skill set, pursuing education and working with her role models sets a new standard in the industry.

“Becoming a Beauty for Purpose ambassador for Avon is an ideal collaboration given our shared goals of making the world a more beautiful place for women everywhere,” said Diana Richy, Professional Makeup Artist. “Through my work as a professional makeup artist, I’m excited to work with a beloved global brand like Avon and starting a new chapter in my career by helping empower women to become the most confident version of themselves.”

The collaborations between Avon Egypt and the beauty ambassadors comes as Avon celebrates its 130-year anniversary. The company has a rich history of empowering women through economic opportunity, proudly supports the Avon Foundation for Women in its efforts to end breast cancer and domestic violence.

About Avon and the Avon Foundation for Women
Avon is a global corporate leader in philanthropy focused on causes that matter most to women. Through 2015, Avon and the Avon Foundation for Women have contributed over $1 billion in over 50 countries. Avon’s funding is focused on breast cancer research and advancing access to quality care through the Avon Breast Cancer Crusade, and efforts to reduce domestic and gender violence through its Speak Out Against Domestic Violence program. The company’s global markets sell special products to raise awareness and funds for breast cancer and domestic violence, conduct hundreds of events for these causes, and educate women around the world through its global network of nearly six million Avon Representatives.

Attijariwafa bank: Why watch El Gouna Film Festival when you can be part of it

Attijariwafa bank: Why watch El Gouna Film Festival when you can be part of it