Apple has today released an update to the 12 inch Retina MacBook line, with new Skylake processors, overall better performance, and a new color: Rose Gold. The new internals have also allowed Apple to grab an extra hour of battery life out of the same sized product.

The MacBook refresh keeps the same thin chassis, the same edge-to-edge keyboard and the same single USB-C port design as the original Retina MacBook, released about a year ago. The new Retina MacBook costs the same as before, starting at $1299. 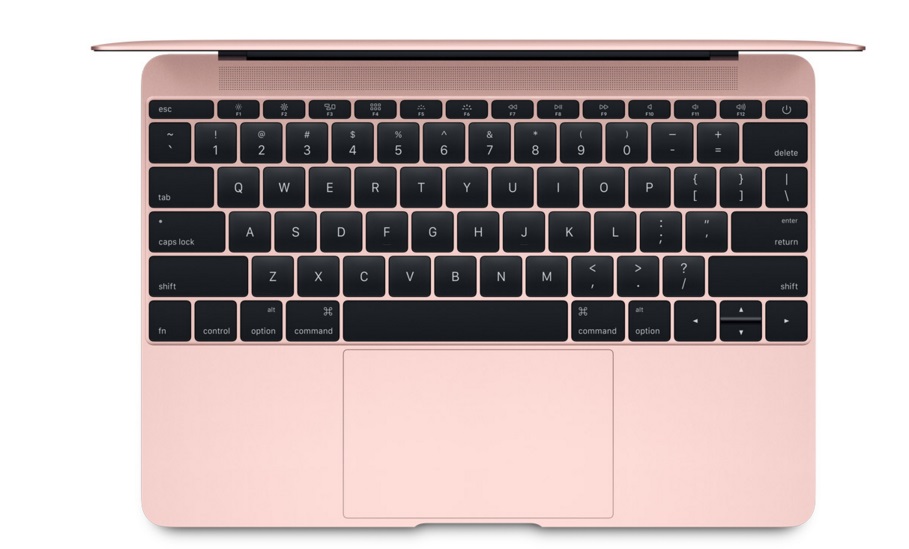 The new MacBook will have sixth generation dual-core Intel Core M processors with speeds of up to 1.3 GHz during normal use, and a Turbo Boost feature which gets you 3.1 GHz. The current top-end, off-the-shelf MacBook is capable of 1.2 GHz under normal load with a speed boost of up to 2.6 GHz.

The lineup means Apple now offers the MacBook in the same colors as its iOS devices, Space Grey, Silver, Gold, and Rose Gold. For the 13 inch MacBook Air, Apple has also made 8 GB RAM the standard spec across every configuration. More specs after the jump. 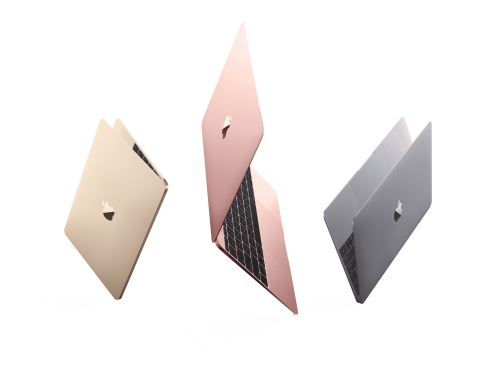 Apple says the new MacBook gets better battery life rated at 11 hours of iTunes movie playback and 10 hours of wireless web browsing. Customers can buy the new MacBook from Apple.com today, as well as Apple Stores and authorized resellers. Read more about the new laptops on Apple’s website.