Christmas is just around the corner, in less than 6 weeks. This is the time of year we wait and anticipate the good deeds and emotional, ads for humanity. The generosity of people skyrocket in this time of year. Forgiveness, selflessness and overall good human traits are more apparent nearing Christmas. Christmas spirit is overall contagious! 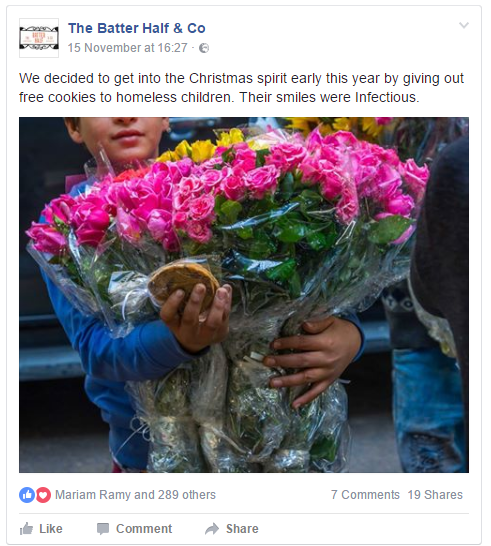 We all get swamped under our every-day stress throughout the year, however nearing Christmas we tend to make more time to help others and focus more on our loved ones or the less-fortunate. We self-explore and evaluate ourselves nearing the new year. Make lists of what we want to change in the next year and how we can be better versions of ourselves.

The UK citizens anticipate the Christmas ads just like Americans wait for the Superbowl ads, and like Egyptians look forward to Ramadan ads. it is of that importance to them.

Amazon Prime humbled and surprised us by their new ad which was released on the 16th of November, and will be aired in United States, United Kingdom and Germany.

Amazon ads are mainly focused on people finding solutions for their every-day problems. So this ad was no different, however, the controversy was featuring an Imam, which advertisers thought long and hard and found that an Imam was never featured in an advertising before, unlike any other clerical type like “Priests, Nuns, Ministers and Rabbis” so this ad is one of a kind.

It showcase the selfless act of thinking of others. The ad goes as follows; An Imam is visiting his Vicar friend at home, and as they sit on the couch for a chat and a cup of tea, they both joke at their aching knees, and as the Imam is getting up to leave, they smile knowingly that their knees just pained them again. Then once the Imam leaves, his Viscar friend opens the Amazon Prime app and in parallel, the Imam does the same once he is out of the house, a while later we see a gifts being delivered by an Amazon delivery man at the houses of each of them delivering an identical knee pad.

The closing scene is showcasing how pain-free they are kneeling to pray due to the selfless act of ordering the knee pads.

Marketers have to think greatly regarding their timing to air or post their ads, their end-result is to leave an imprint in their audience, for their product or service to stay with them after the ad finishes and time pass.

You have to choose the right idea at the right time. It is the combination of a great impact.

Amazon Prime, chose an outstanding idea of not only accepting the other, but actually relating to people of other faiths. To think of others selflessly and give generously.

And this message at this time of year will definitely leave an imprint to all who watches it, Amazon prime tapped into their humane side and called forth their Christmas spirit.

As well as, this ad was not only aired nearing Christmas, it was aired in the ”interfaith week”, an initiative to improve relations between different believes and religions.

Amazon is launching a new TV advert, ahead of Black Friday and Christmas, featuring an imam and a vicar exchanging gifts. When advertisers have the idea and timing perfectly. The only thing remaining to delivering a message that resonate with the viewers is execution.

Delivering a high-end quality ad, with details-focused and politically correct execution is a must.

Amazon Prime went the extra mile and collaborated with several religious groups including the interfaith Alliance, the National Council of Churches and the Islamic Circle of North America to ensure the ad was respectful as they knew it was a sensitive subject to some people. So they spend months executing the message and setting.

Furthermore, the characters in the ad were real religious leaders as they are Gary Bradley, vicar at St Mary’s and Paddington Green in London and Zubier Mohammad, principal of the Muslim School Oadby, and it was filmed in two churches, St. Dunstan and All Saints Stepney Church in London, and at the East London Mosque.

Amazon director of advertising Simon Morris said: “We think it is an authentic and charming story. We think it is a legitimate story. It is about selflessness and thinking of other people.”

Lastly; Amazon Prime delivered a great inspirational message at the best time. They could not have chosen a better idea, way of execution and storyline better than this.

As the holy spirit of Christmas is floating around us, be the change you want to see in the world. Let nothing stop you from spreading love, generosity and happiness whenever you go.