We have been witnessing huge accomplishments and efforts that have made Egypt reposition itself and stand out in the Middle East. These accomplishments have led Egypt to achieve new Guinness records in many different fields.

We have been keeping track and here are some of the Guinness records Egypt has achieved.

While the world celebrated the International Day of Charity, Egypt achieved three Guinness records for humanitarian and charity campaigns.

The Long Live Egypt Fund has achieved three new Guinness records through its “Doors of Goodness” campaign to support families with low income.

The “Doors of Goodness” is a convoy that cost 650 million EGP and included 1000 trucks of different sizes. These trucks contained large donations for medical devices –around 6,298 medical equipment-, home appliances that have over 4000 devices, 1 million boxes of food donations, and clothes.

This convoy is supposed to help about 1 million families and a total of 5 million citizens.

2- The Largest Wastewater treatment Plant In The World

On Monday, Egypt has received 3 new Guinness Records for building the largest water treatment plant in the world in ‘Bahr Al-Baqar’ in Port Saeed.

The wastewater plant costs around 20 billion EGP and it will treat around 5.6 million cubic meters of water per day and will help to plant more than 400,000 acres.

One of Egypt’s achievements that broke the Guinness world records is building the ‘Tahya Masr’ bridge.

The ‘Tahya Masr’ bridge was built in 2019. To smoothen the traffic problems in Cairo, the Tahya Misr (Long Live Egypt) Bridge is now the world’s widest cable-stayed bridge.

In 2010, an Egyptian artist achieved a new Guinness World Record with his painting ‘Friday Market’.

The ‘Friday Market’ painting is painted by the artist Taha Al-Qarni, and it had 2600 people painted at the market and its dimensions are 23 meters and 1.40 meters.

The famous heart surgeon had made history and broke another Guinness record. 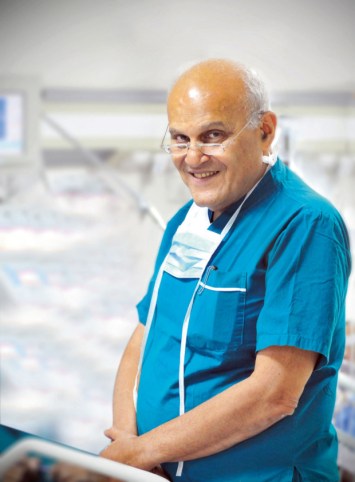 The company had launched a festival where the famous Koshary shop had created the largest koshari dish ever! The dish was circular, weighed over 8000 kg, and it was 10 meters wide with a height of 1.20 meters. 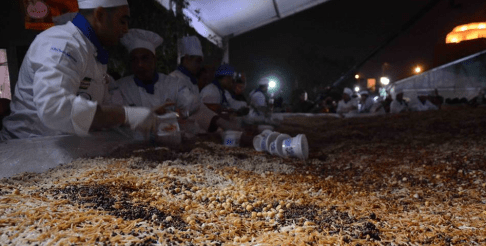 In Ramadan 2019, we witnessed the longest Ramadan banquet in the world.

The Administrative Capital Company for Urban Development had organized the longest Ramadan Iftar under the slogan “Egypt Has Iftar In The Capital”. The Iftar was organized in the second half of Ramadan and was located between the Cairo-Suez and Cairo-Ain Sokhna roads.

The banquet length was 4.303 kilometers. 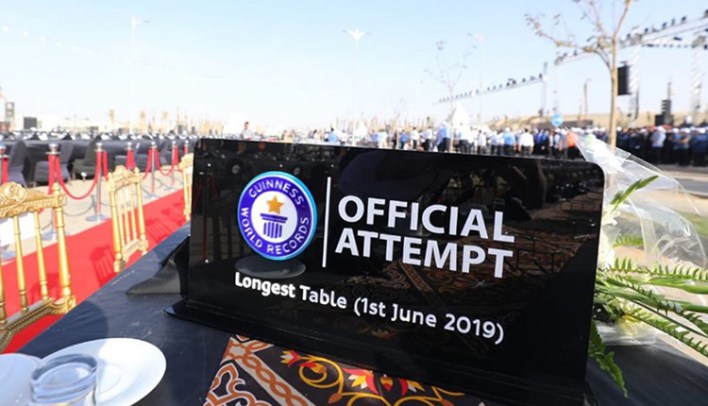 Another record set by a large Egyptian food.

Another Egyptian made into the Guinness Book of World Records three times.

The Egyptian Hesham Naseem drove for 1370 km across the western desert in just 13 hours and 33 minutes. Also, he achieved another record by crossing the Great San Sea in just five hours and 30 minutes.

An Egyptian brand created the largest underpants and achieved another Guinness record.

Cottonil has created the largest underpants and undershirt in March 2018. The underpants measured 25.36 m. The goal of this event was to raise awareness regarding prostate cancer and it offered free health checks for the attendees. 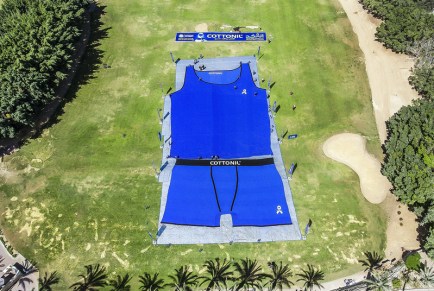 This new record is set by the famous football icon, Mohamed Salah.

In the season of 2017/2018, Mohamed Salah scored 32 goals for Liverpool in the 38 games to add the Egyptian king name to the Guinness World Record holders by the most goals by a football (soccer) player in an English Premier League season (38 games).

The previous record was 31 goals and was held by football stars such as Cristiano Ronaldo (Portugal), Luis Suárez (Uruguay) and Alan Shearer (United Kingdom).

But Salah’s incredible season did not stop there, as he also broke the record for the most English Premier League football matches scored in by an individual during a season (38 game) with 24 matches.

13- Most Landmines Per Country

In 2018, around 10 million were cleared from Sinai and the western desert.

These oldest whale remains were discovered in Wadi El Hittan in Al-Fayoum.

The fossils that exist in the Valley of Whales are from the Eocene period and are 56 to 34 million years old. These fossils are particularly important as they reveal the evolutionary stage of the whales from land-based to sea-based creatures, progressively losing their hind limbs. 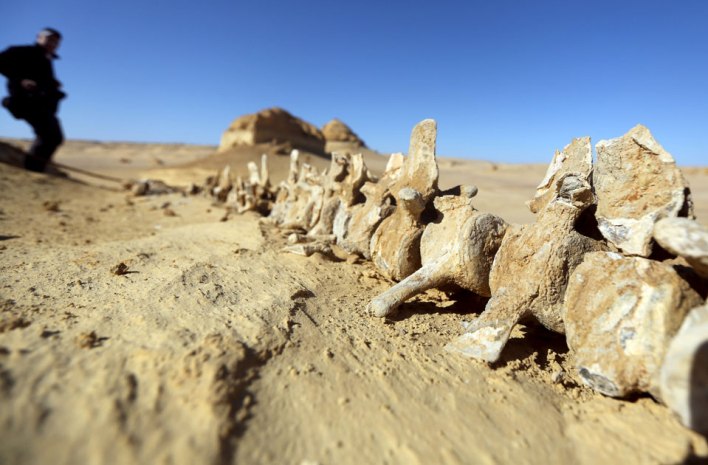 A team of archeologists had discovered this cheese mold and the news went viral. It was preserved in jars inside a tomb of an ancient Egyptian called Ptahmes.

16- Amr Diab Too Got A World Guinness Record

The Egyptian iconic superstar, Amr Diab has broken the record by breaking the record number of World Music Awards as the bestselling Middle Eastern artist.

Diab entered the Guinness Book of World Records to be the first-ever Arab artist to break a Guinness World Record.

Huge sales of his albums have seen Amr earned the Best Selling Middle Eastern Artist award four times at the Most World Music Awards, starting with his 1996 album for Nour El Ain, 2001 for album Akter Wahed, 2007 album El Lillady, with his most recent win coming off the back of his 2013 album El Leila. 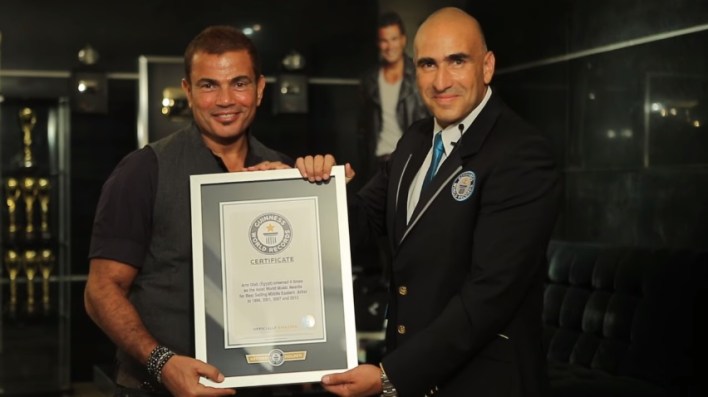 In 2015, as the world celebrated World Environment Day, Hurghada witnessed the biggest clean-up of the red sea.

Ahmed Gabr led 644 to clean the red sea from waste.

Ahmed Gaber required nearly 15 hours under water to return back for air and join the Officially Amazing universe. 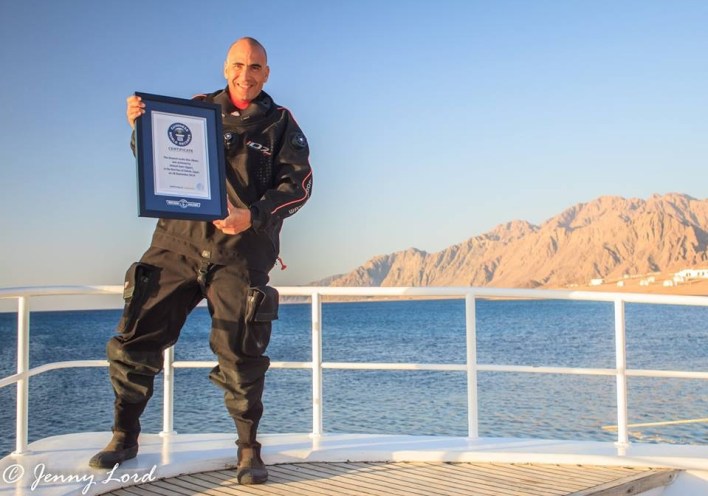 Ahmed told the media leading up to the attempt that he was hoping to prove that humans can in fact survive under such conditions as deep sea immersion.

19- The Longest Distance Crossed On A Motorcycle

Egyptian motorcyclist Ali Abdo broke the Guinness World Record for the greatest distance on a motocross bike in 24 hours.

Ali Abdo drove for 381.27 miles on his bike in just 24 hours. The wind speed that day was around 25 knots, and the temperature reached 40 degrees Celcius at its peak (noon). Dehydration and fatigue were Ali’s most common enemies during his 24-hour journey to be officially amazing.

Egypt is the most successful nation in the cup’s history, winning the tournament seven times. 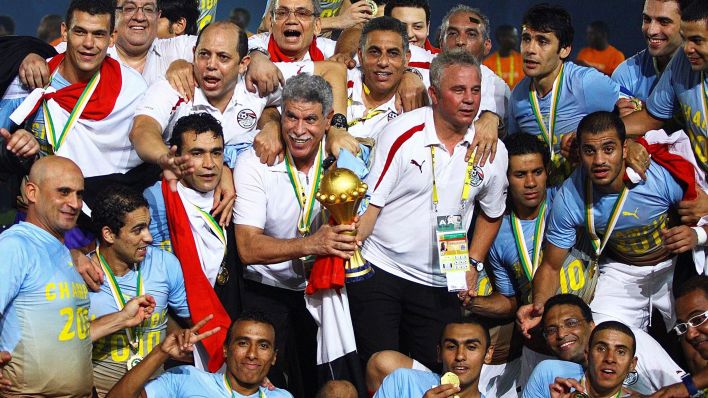 The team, which included the actor Ahmed Hatem had finished the competition in 42 min 12 sec, which led them to join the Guinness book of world records. 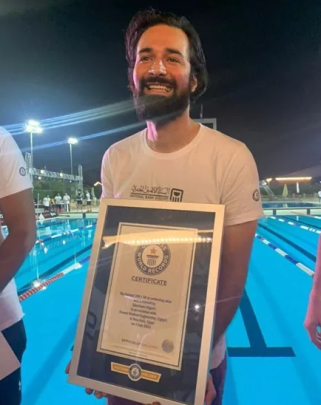 In 2018, Egypt marked the World Heart Day by setting a new Guinness world record as large group of cyclists formed a huge heart on the global positioning system (GPS). 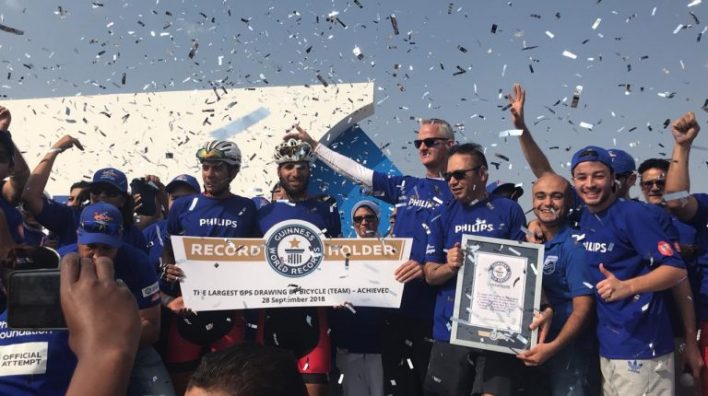 The event, organized by the Philips International Charity Foundation, aimed to raise awareness about heart disease among Egyptians. It was part of the ‘Back to Rhythm’ campaign, which concluded with the Guinness achievement, and involved several bike rides from different places covering 740km.

The ancient Egyptians were concerned with politics and international alliances as current Egyptians. In the New Kingdom, Ramses II signed a peace treaty with King of Hittities, Hattusilis III.

The’Eternal Treaty’ was bilingual: both parties not only agreed to end years of warring between Egypt and Hatti (in present-day Turkey), but also to a mutual alliance in the event of foreign or domestic aggression and to the extradition of rebels, fugitives and political refugees. A fragile peace remained for the next 40 years until the fall of the Hittite Empire. 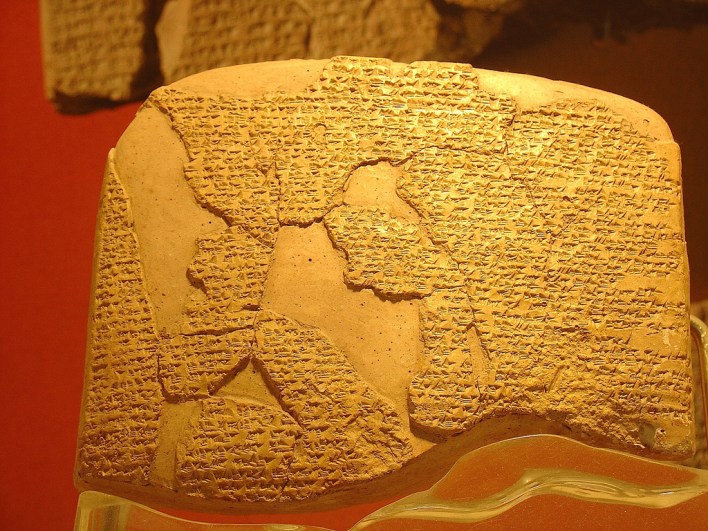 A copy remains today in the Karnak Temple, in Luxor while the initial version were recorded on silver tablets.

We are extremely proud of the accomplishments that Egypt has been achieving and we can’t wait for more Guinness records.

Innovation Is The Key To Success: How To Create An Innovative Company And Team

Palma's Period Kit Advert: Breaks The Taboo But Is It Serving The Product?